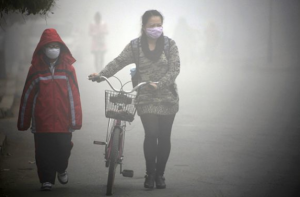 Her article states, “According to an op-ed published by the country’s state-run media network, CCTV, smog is actually making Chinese residents smarter, funnier, and more informed.” Read the full article and #TakeAction @ http://www.takepart.com/article/2013/12/11/5-reasons-why-smog-good-you-according-one-chinese-journalist

The article goes on to outline the “benefits” of China’s widespread air pollution. The op-ed Antoniades is referring to in her article was written by journalist Wang Lei where he outlines how smog air pollution is actually benefitting the health of citizens. You are probably wondering how he was able to come up with 5 benefits…  Journalist Antoniades listed the findings in her article, which are also copied below:

1. Smog unites people against a common enemy.
2. It promotes equality, because it harms the lungs of both the rich and the poor.
3. Smog has opened people’s eyes to the price China has to pay for becoming the “world’s factory.”
4. It’s made people funnier because they have to use sarcasm and jokes to cope with it.
5. Learning about smog has increased people’s knowledge of meteorology, history, geography, and physics and even strengthened everyone’s use of the English language.

The highly respected journalist notes that this op-ed is simply, “what has to be one of the more stunning attempts to turn lemons into lemonade.”

How do I know if my vehicle is up for a smog inspection? 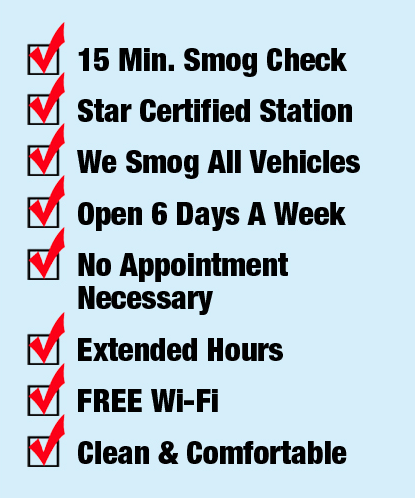 If you don’t have the proper STAR Program smog certification, you will be immediately turned away at the DMV and forced to go through the entire process that is the Department of Motor Vehicles once again… something we can all agree is a chore we try to keep to once a year if possible!

Before you take time off work or out of your busy day to renew your registration, make sure you have everything you need before walking in to the DMV!

Do you have a vehicle that hasn’t required a smog check in Brentwood or smog inspection in Antioch yet?

Don’t waste a trip to the DMV assuming you will never need to produce smog inspection and certification to register your automobile. The California DMV does require that owners of vehicles six or less model years old will pay an annual smog deduction fee for the first six registration years instead of being required to provide the alternative periodic smog certification. (To learn more about your vehicle’s smog requirements specific to the make, model, and year, visit www.dmv.ca.gov)

The 2014 Spare the Air smog season runs from May through October. The Bay Area Air Quality Management District issues Spare the Air Alerts when ozone pollution is forecast to reach unhealthy levels in the Bay Area.

During the summer months, ozone pollution can become a health problem in the Bay Area. The summertime Spare the Air program notifies residents when air quality is forecast to be unhealthy, and urges residents to drive less and reduce their emissions of ozone-forming pollutants.

Why is this important to A Star Smog and local Bay Area residents? Pollution, ground-level ozone, or “smog,” becomes is becoming an increasingly high pollution problem. We encourage you to frequently check for days on which air quality is forecast to be unhealthy. 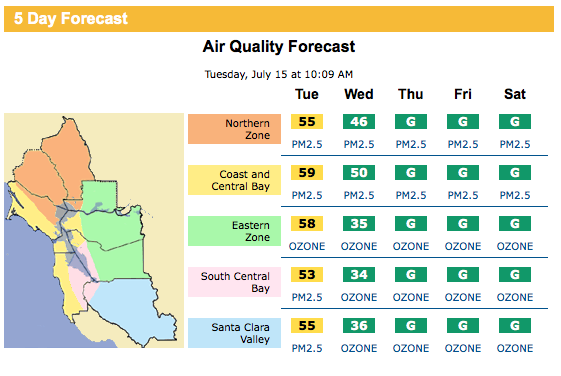 The majority of this information was obtained from www.sparetheair.org.

California state law requires that your vehicle pass regular smog checks depending on the year it was made and the type of vehicle it is. The majority of us are responsible drivers and adhere to this rule, the rest of us have learned the hard way what will happen if you can’t register your automobile due to financial hardships or simply not making it a priority to visit a local Smog Check Station.
A Star Smog Blog: Smog Checks… Advocates for clean air

Without passing smog check, you can’t register your vehicle, forcing you to drive illegally if you do continue to drive with expired tags, you will get pulled over, and your car will end up in the impound lot. This will cost you nearly 10x what a simple smog check would cost.

If your card is up, and the time of year is approaching to register your car, find out if you need a smog check and make an appointment. Just get it done. This is a fast and painless procedure, and with discounts like A Star Smog provides, it’s cheap! We all live busy lives and often just go through the motions when it comes to federally mandated requirements such as smog checks; Never really considering the bigger picture of why this is a law.

First, imagine if no one was required to smog their vehicles. What would the freeways look like? What would your neighborhood look like? How would it affect traffic? How many cars would break down on the road? You have to look at the bigger picture, the air your children breath would be increasingly toxic every year and the midnight sky that they see would be filled with pollution and pretty soon no child will ever see a starry night.

A Star Smog Check Station is located in Antioch and we believe in making your car safer, getting you back on the road legally and as quickly as possible, and more than anything, protecting the environment from automobile fumes and toxic air. The bigger picture is keeping our communities as clean as possible and setting a good example for our children who will inherit our habits and the air we leave behind for them to breath.